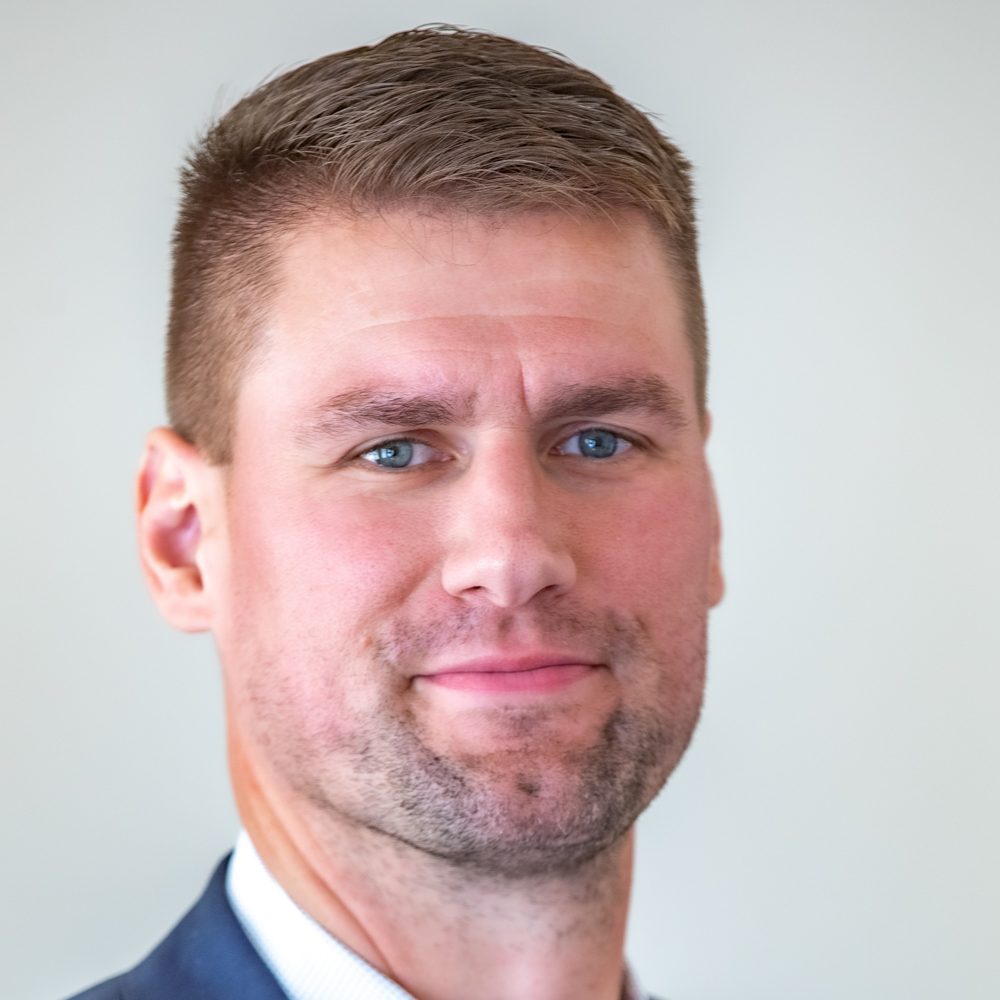 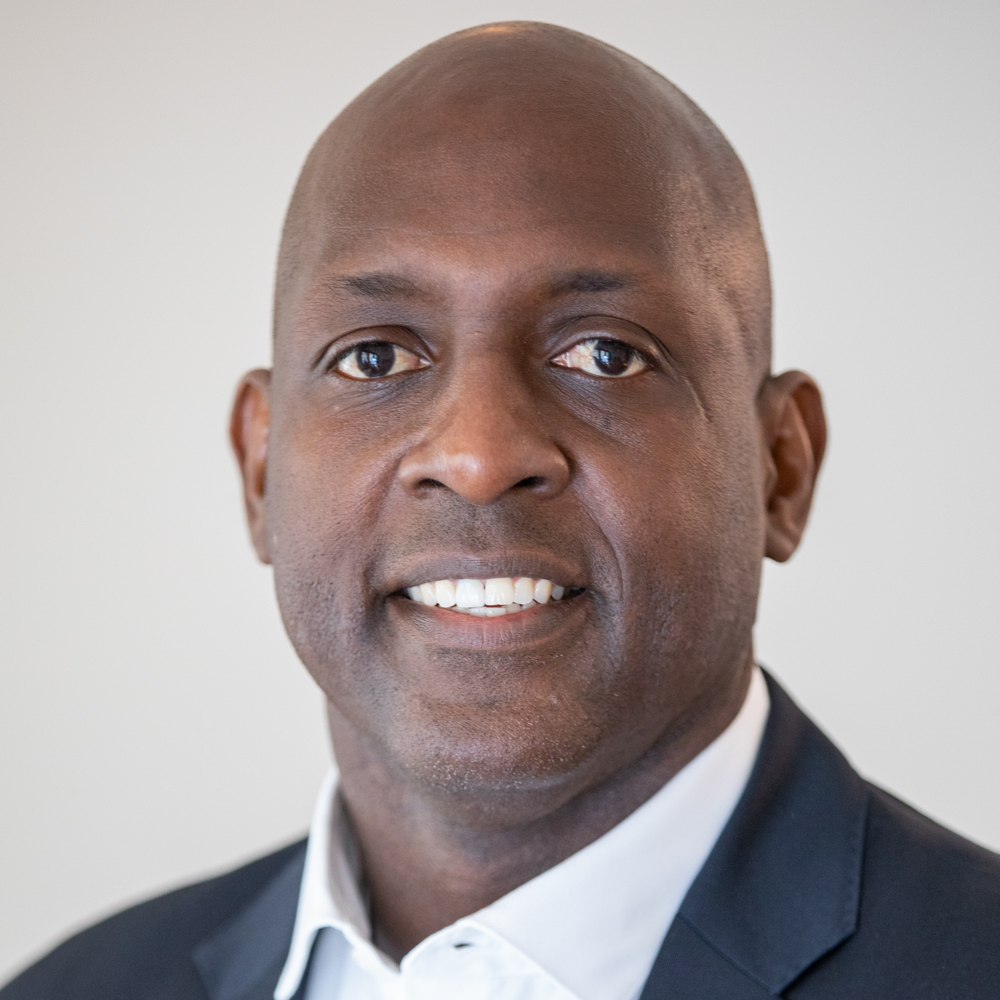 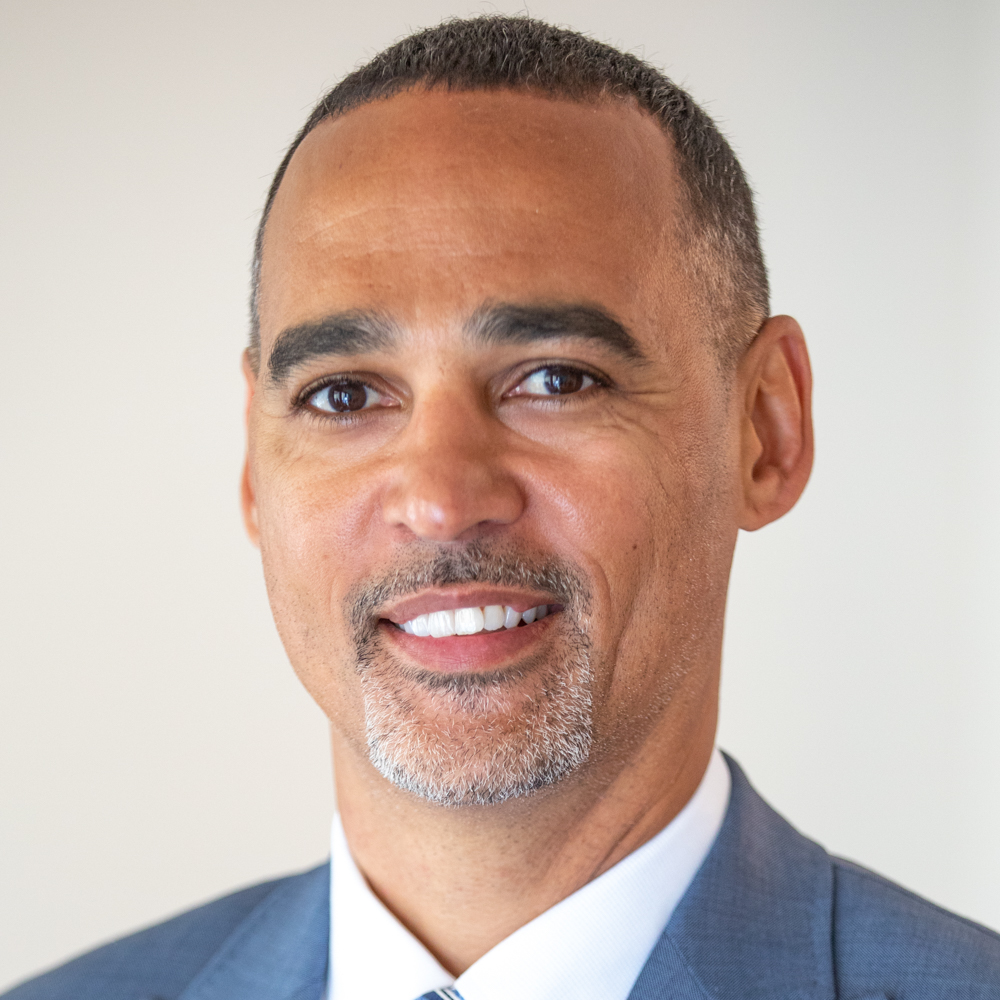 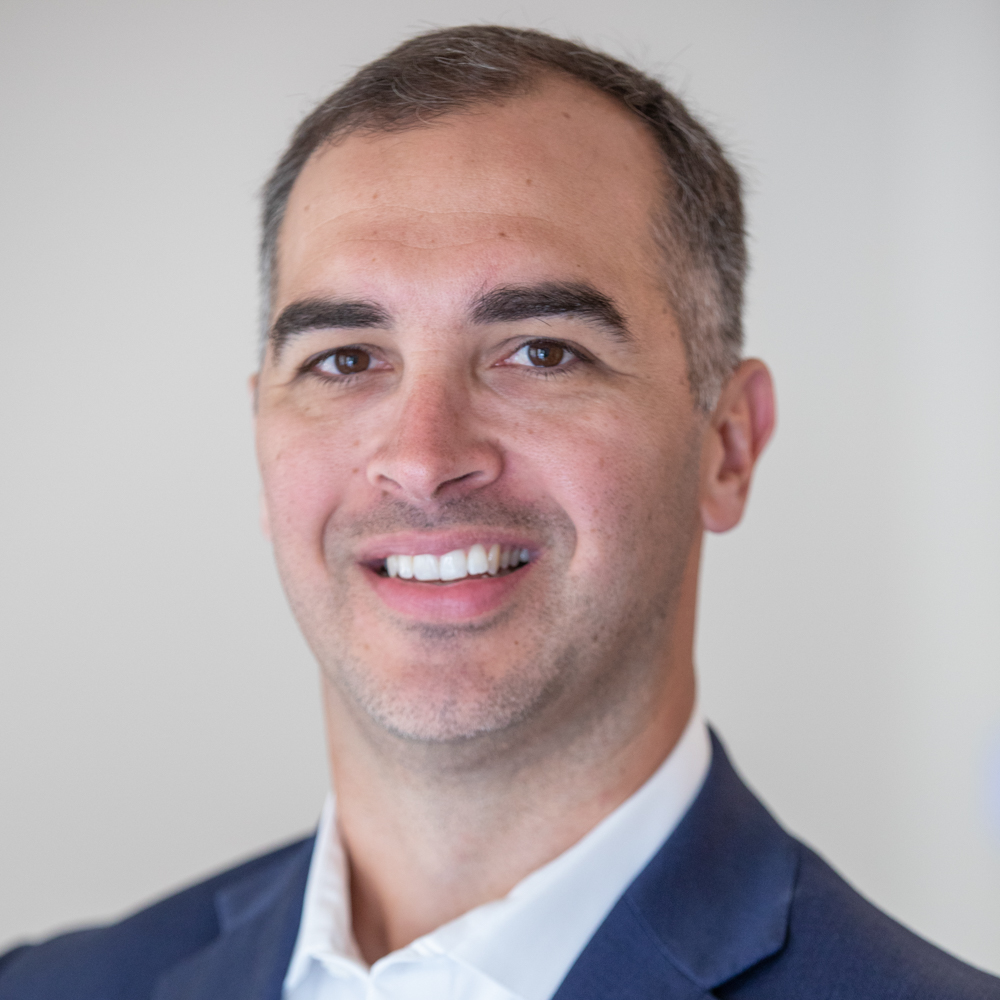 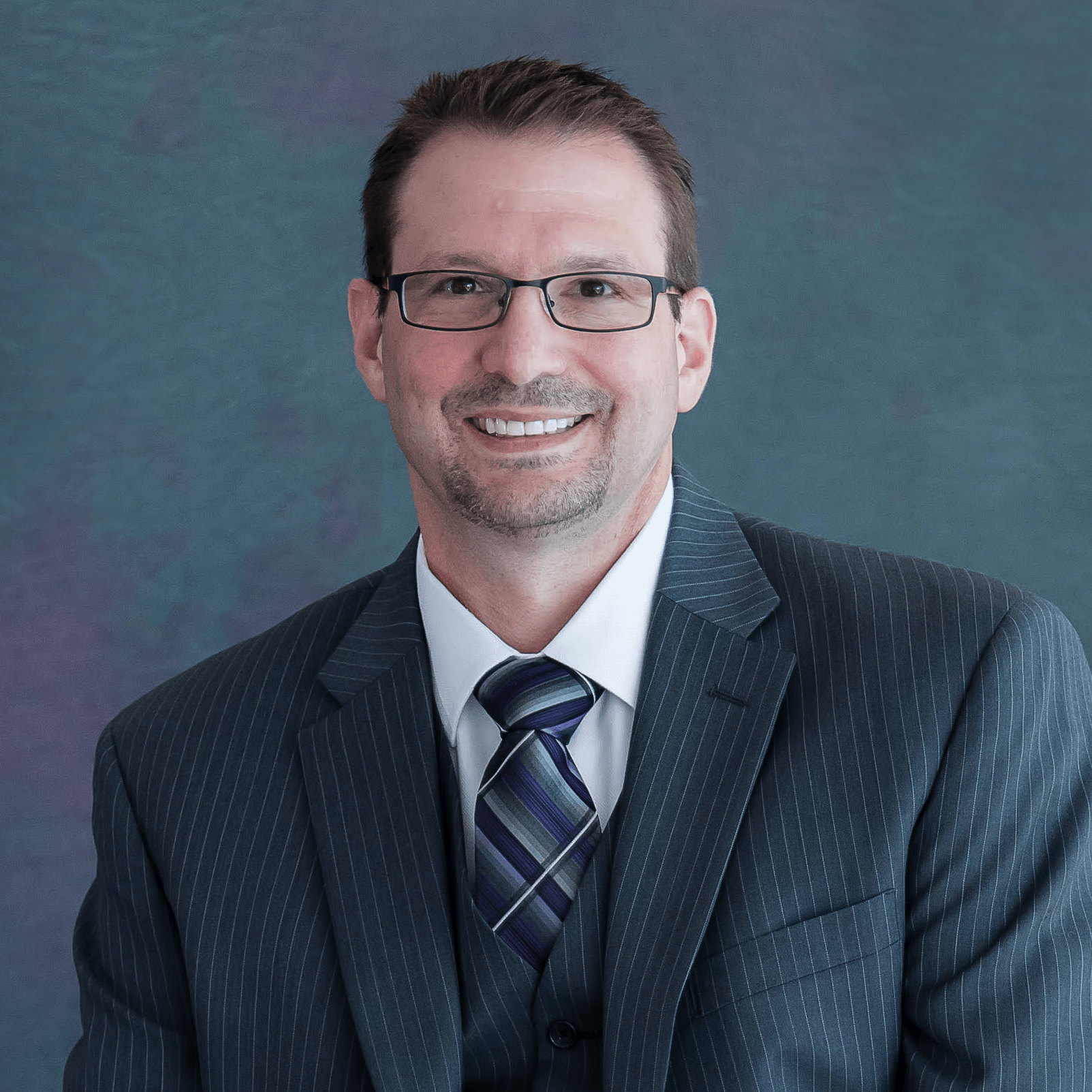 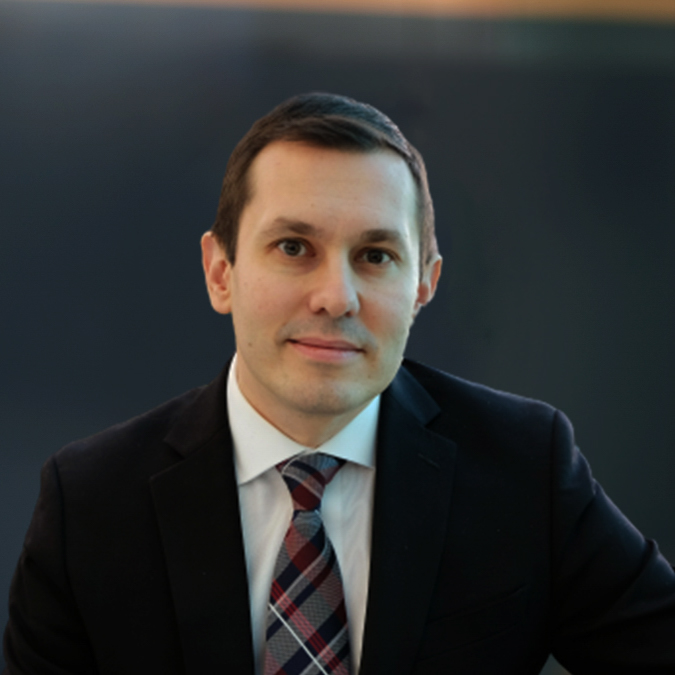 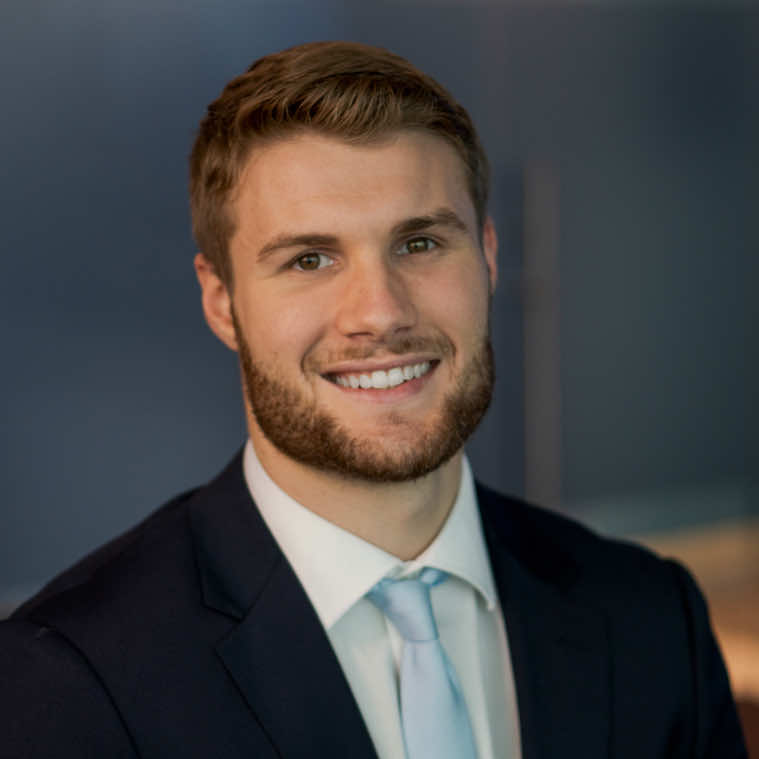 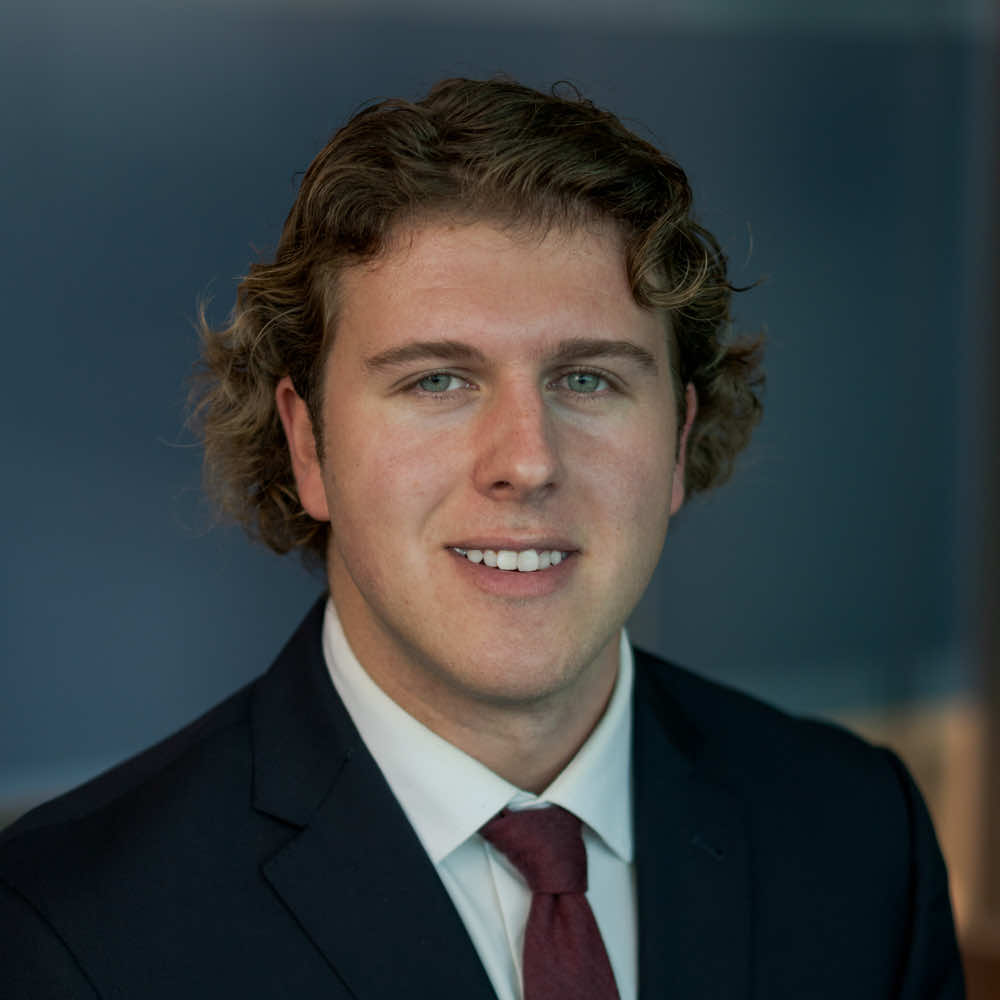 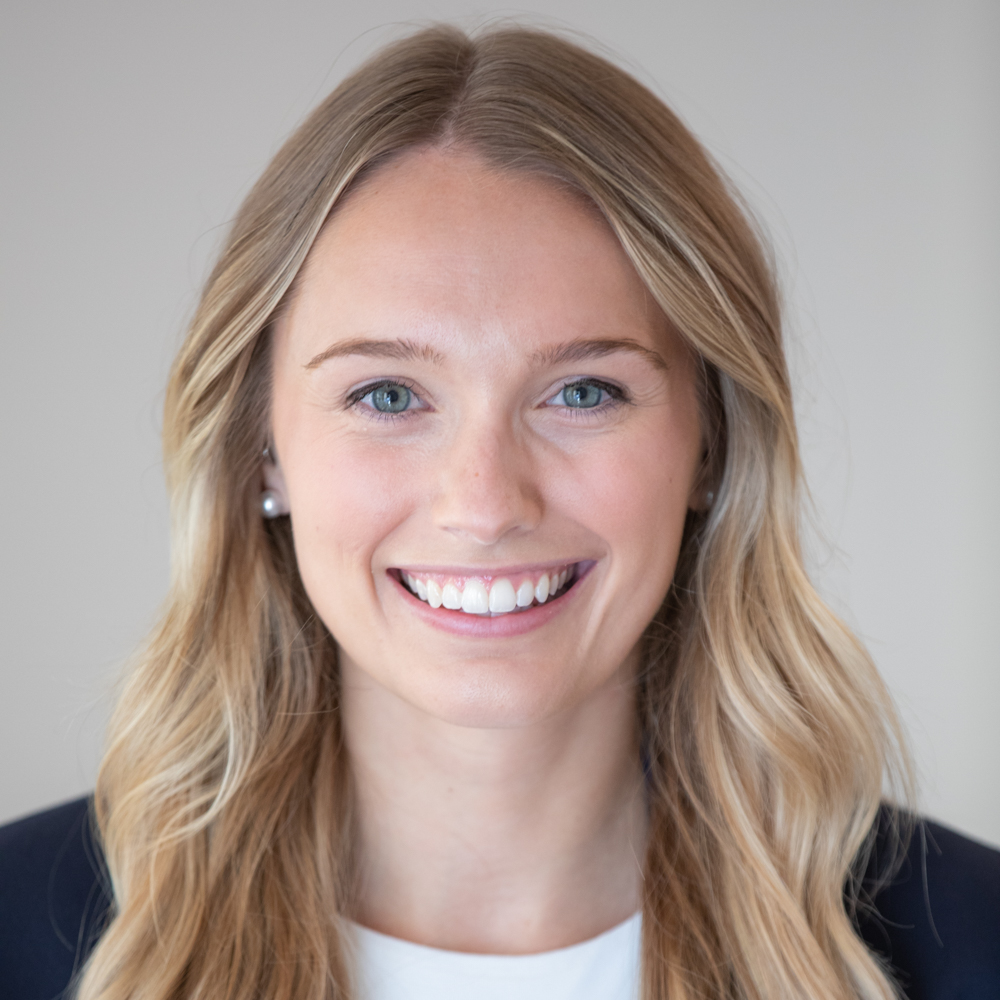 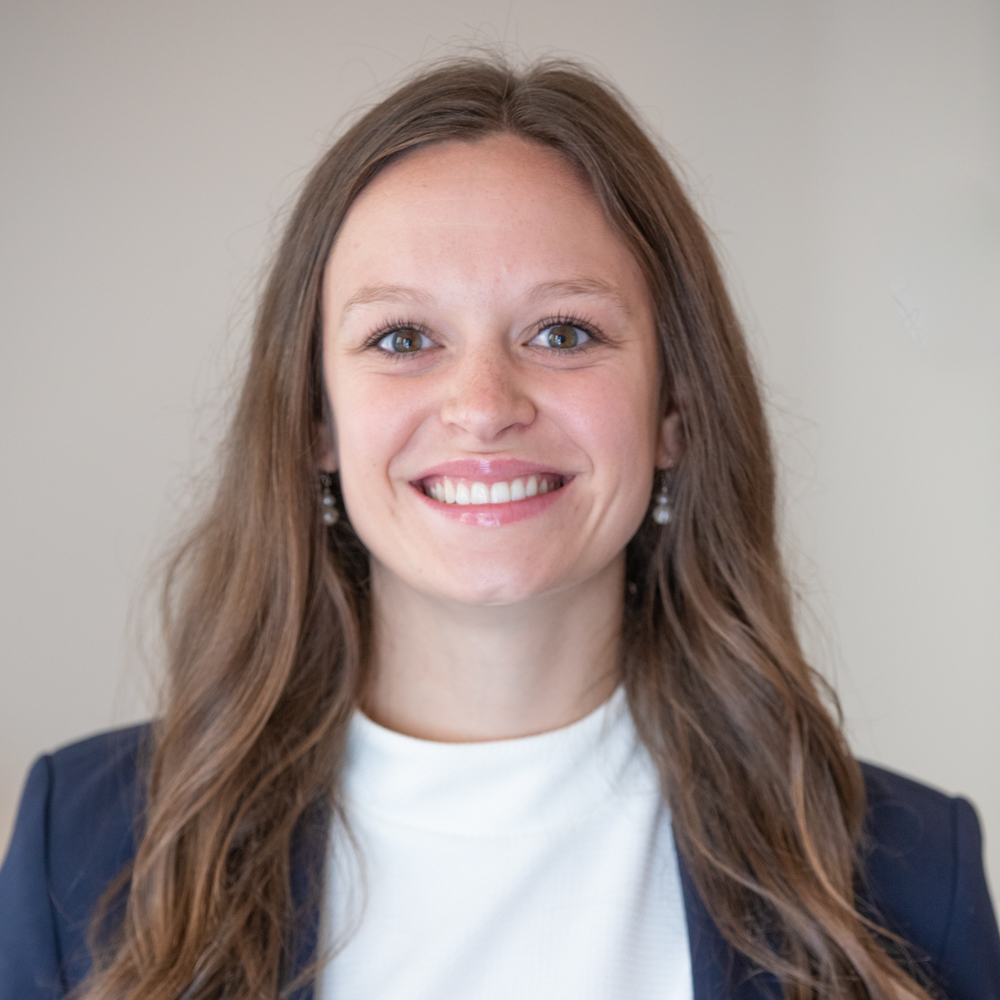 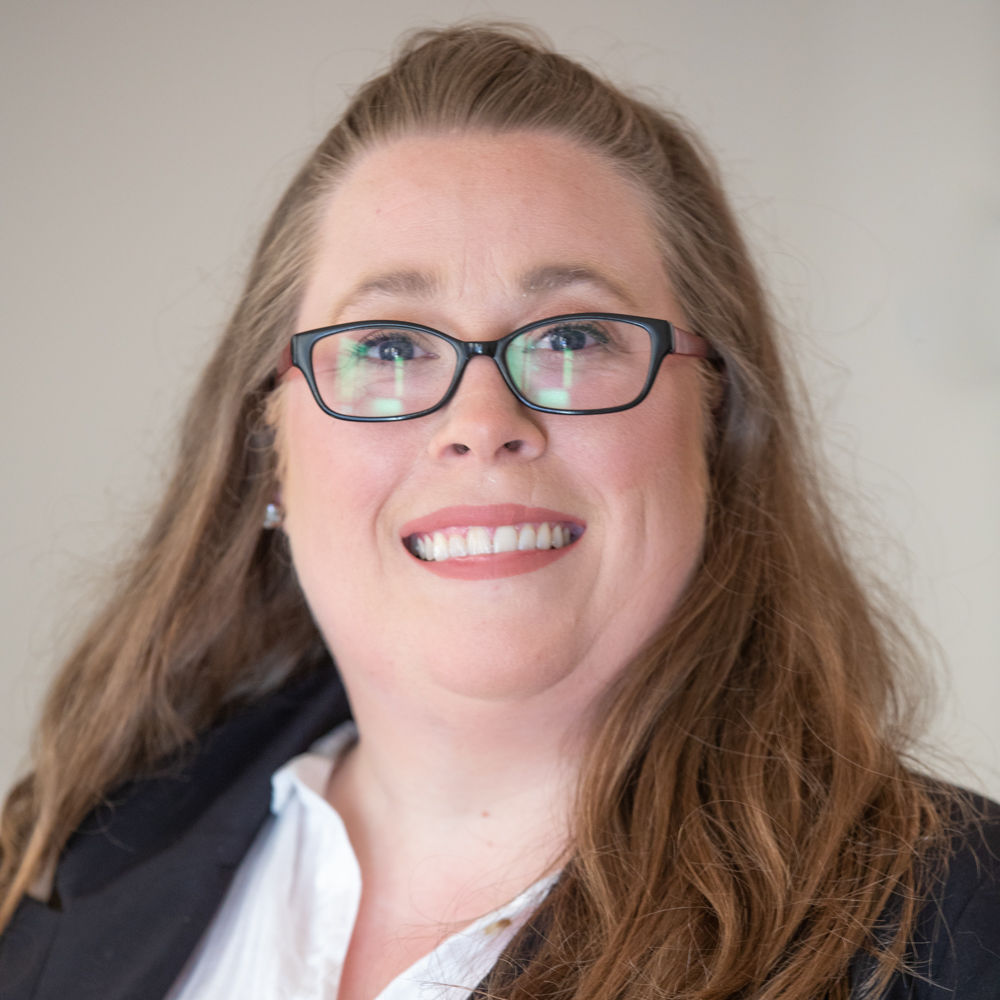 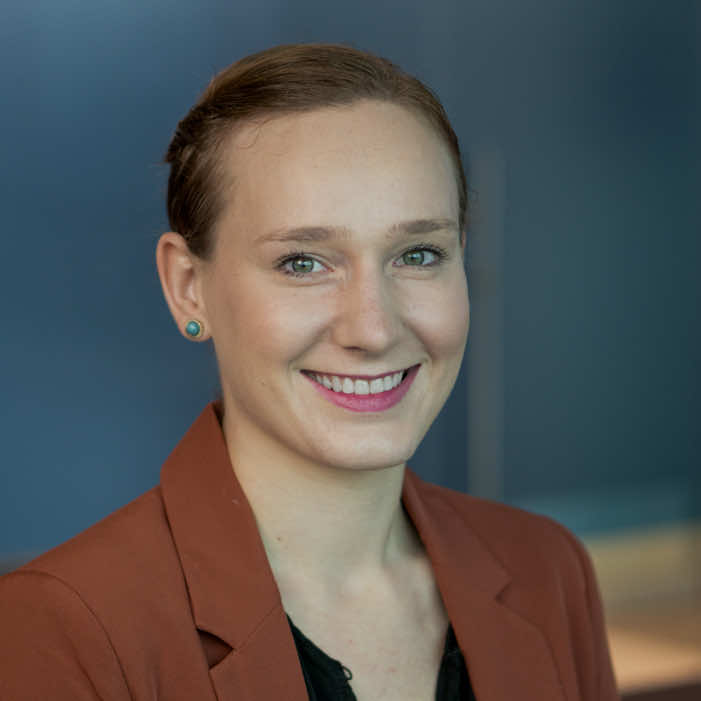 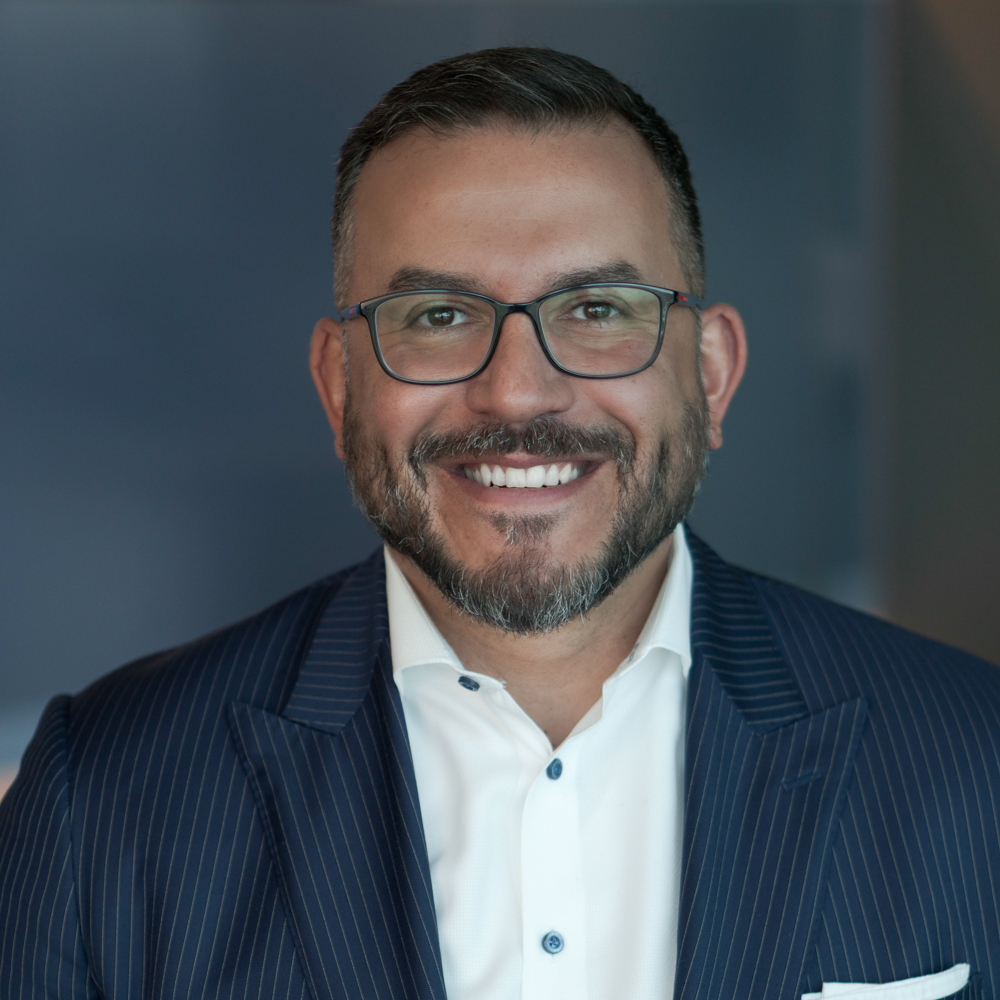 Manuel Amezcua is an entrepreneur, philanthropist, and executive in the wealth management and insurance industry. He currently serves as CEO for MassMutual Great Lakes, one of the leading brands in creating financial security, stability, and success on behalf of those it serves in the United States. Manuel is also the founder of Podium Risk Management which has a concentrated focus on serving professional athletes, business owners, and CEOs. Within Manuel’s four-year span leading MassMutual Great Lakes, the firm has sponsored and supported over 60 nonprofit organizations and been recognized on Metro Detroit’s Best & Brightest Companies to Work For’ list annually since 2018, as well as Crain’s Detroit Business ‘Cool Places to Work in Michigan’ list in 2019 and 2021.

Manuel has been recognized each year since 2019 as one of Detroit’s 500 ‘Most Powerful Business Leaders in Metro Detroit’ by DBusiness Magazine, received the 2019 Huebner Service Award from the Society of Financial Services Professionals Detroit Chapter and MassMutual’s national Community Service Award in 2015 and 2019. During his professional career, he has spoken at more than 50 conferences and companies across the country. His conversations focus on developing a clear brand and value proposition, working intentionally from a written plan, and having relentless hustle. He believes some of the greatest professional skill sets are the ones we learned as children: be polite, remember and use a person’s name, ask for permission, and give compliments because being kind is cool.

At the forefront of Manuel’s personal life are his wife, Samantha, and two children, Ava and Atlas. Manuel serves on the Board of Governors at the Skyline Club, the Executive Committee for the Game on Cancer, and the DePauw Centers Co-Curricular Advisory Board. He also served as Chair of the Chicago Melanoma Research Foundation’s Wings of Hope Gala for three years. He has provided previous board service to the Melanoma Research Foundation, NAIFA Chicago, POSSE Chicago’s Leadership Council, the Center for Economic Progress, and the Reilly C. Bush Foundation.

Manuel Amezcua is a registered representative of and offers securities, investment advisory and financial planning services through MML Investors Services, LLC. Member SIPC. 3000 Town Center, Suite 3100 Southfield, MI 48075 Tel: 248-357-7600. MassMutual is a marketing name for Massachusetts Mutual Life Insurance Company (MassMutual) and its affiliated companies. Agency officers are not officers of MassMutual. Financial Services representatives are independent contractors and are not employees of MassMutual, its subsidiaries, or of general agents with whom they contract. CRN202410-1032157

Paul Davis is a former professional and college basketball player with a winner mindset, a competitive spirit and a strong desire to make a positive impact on the world. He serves as a partner wiht Podium Risk Management, helping active and retired athletes, entertainers, c-suite executives, and business owners create long-term financial security, stability and success. Paul was promoted to partner in 2020 by Podium’s founding partner Manuel Amezcua, CEO for MassMutual Great Lakes.

His basketball career started at Rochester High School, where Paul was ranked one of the top players in the nation and named Michigan’s Mr. Basketball in 2002. He was recruited to Michigan State University by legendary coach Tom Izzo and was instrumental in leading MSU to the Elite Eight and Final Four during his college years. Paul went on to the NBA where he played for the L.A. Clippers and the Washington Wizards. He also played professional basketball overseas in Russia and Spain. He retired in 2016 after undergoing seven knee surgeries.

Paul grew up in Rochester, MI and is a graduate of Michigan State University. Locally, he serves on the board of Fleece & Thank You, which provides handmade fleece blankets to children staying overnight in Michigan hospitals, and heads the nonprofit organization’s development and fundraising efforts.

Michael Bauman is a registered representative of and offers securities and investment advisory services through MML Investors Services, LLC.

Sergey Solovyev is a registered representative of and offers securities and investment advisory services through MML Investors Services, LLC.

During his 12-year tenure in the NFL, he played with the Denver Broncos, Miami Dolphins, and 8 years with the Chicago Bears, retiring as the second leading Tight End in Bears history for catches, yards, and touchdowns behind only Hall of Famer Mike Ditka. Before entering into the NFL, Desmond set Wake Forest University receiving records and finished his college career as the all-time leading receiver in Atlantic Coast Conference history and a degree in communications. Since retiring from football, Desmond has blazed an impressive path as a financial advisor, inspirational speaker, and business coach. In his first year as a fulltime advisor with MassMutual Chicago, he finished top 5 in assets accumulated for 2017. Desmond is now leading his own companies, Desmond Clark Investment Group and The Insurance People. Through his work in the financial arena, Desmond is firmly dedicated helping people live better lives by making good financial decisions.

He has appeared on ABC, Fox, CBS, NBC, WGN, ESPN, Comcast News Makers, and other network TV and radio stations as a thought leader, author, speaker, philanthropist, entrepreneur, and coach.

Desmond is the author of Before and Beyond the Game and was named 2012 Mentor of the Year by Congressman Danny Davis for his work in the Chicago and Polk County Florida Communities.

Desmond served as President of NFL Alumni Chicago for 3 years. Before stepping away, Desmond increased fundraising by 600%, formed relationships, provided financial support, and integrated player involvement with Ronald McDonald House, Chicago Children’s Advocacy Center, and Holiday Heroes. After leaving as President of NFL Alumni Desmond, started The Desmond Clark Foundation which helps under-served youth access resources to attend college and cancer patients without means of transportation receive transportation back and forth to medical facilities to receive the treatment they desperately need through American Cancer Society’s program Road to Recovery.

Desmond serves on the Illinois Board for the American Cancer Society and Party for a Cure.

Desmond graduated with a BA Degree in Communications from Wake Forest University in 2008.